USC Stem Cell scientist Joanna Smeeton knows what arthritis can do to people: she’s witnessed the annual exodus out of her native country of Canada during the winter months. As this year’s Broad Fellow, she is exploring stem cell-based approaches to studying and eventually treating this common cause of cold aversion, disability and pain.

“We only have treatments for the larger joints where you can provide total replacements, but a lot of people with arthritis actually get it in the joints of their hands,” said Smeeton, a postdoctoral fellow in the laboratory of Gage Crump. “Currently, there really isn’t that much we can do for the cartilage in these smaller joints, other than treat the symptoms with steroids or painkillers.”

As part of the quest for new and better treatments, her Broad Fellowship project leverages an important discovery that she and her colleagues recently published in the journal eLife. They found that certain joints in zebrafish jaws and fins have features similar to the type of mammalian joint susceptible to arthritis.

By damaging a ligament that stabilizes the adult zebrafish jaw, she can reliably induce cartilage damage and arthritis. Just as reliably, the zebrafish can repair the damage. Smeeton aims to understand which progenitor cells are regenerating the ligament and cartilage in the zebrafish jaws, and why similar repair fails to occur in humans.

“In the future, these findings may help in devising strategies to stimulate analogous progenitor cells in patients’ joints towards boosting cartilage and ligament regeneration,” she said.

Smeeton first decided to become a scientist thanks to a very different anatomical structure: the human kidney. As a high school student in the city of St. Catharines near Niagara Falls in Ontario, she developed a fascination with this complex organ, which is composed of one million subunits called nephrons that filter the blood, regulate blood pressure and produce urine.

“Whenever I had a science class about kidneys, I thought, ‘Oh, nephrons are so cool!’ ” she said.

At McGill University in Montreal, she majored in anatomy and cell biology, and observed kidneys and other organs in human cadavers in the anatomy lab.

“I’ve always been fascinated by how intricately patterned organs are and how that actually happens during development,” she said.

For her PhD, she learned more about kidney development in Norman Rosenblum’s lab at Toronto’s Hospital for Sick Children and the University of Toronto.

During her postdoctoral studies, she expanded her focus beyond development, into the realm of regeneration.

“I’d been hearing talks about zebrafish for years and their amazing ability to regenerate parts of themselves that are injured or removed,” she said. “So I wanted to learn how to use them. I switched to studying cartilage because joint disease seemed like an area that was understudied in the context of natural regeneration and would be ripe for new treatments.”

With these goals in mind, she joined the Crump Lab with a two-year postdoctoral fellowship from the California Institute for Regenerative Medicine (CIRM) in 2014. Since then, she has not only discovered that zebrafish can develop arthritis, but also lent her talents as a soprano to the USC University Chorus and, with her husband Jeremy, parented twins: Edie and Isaac. Theirs is a true Trojan family: Jeremy Morris graduated in 2012 with an MFA from the Peter Stark Producing Program at the USC School of Cinematic Arts.

“The twins have made me even more focused in my lab work,” said Smeeton, “because I know that any second that I’m not home with them, I should be giving my 100 percent and really drilling down on the important questions we want to ask.”

As she forges ahead with her research, the Broad Fellowship provides an ideal bridge. Established as part of a $2 million gift from The Eli and Edythe Broad Foundation, the fellowship is designed to support exceptional senior postdoctoral researchers at the transition point to starting their own stem cell laboratories.

“Joanna is a motivated, smart and creative researcher who is destined for success in academic research,” said Crump, associate professor of stem cell biology and regenerative medicine. “This prestigious fellowship gives her the freedom to pursue her novel joint regeneration project, which provides a fundamentally new type of approach towards finding cell-based cures for arthritis.”

Read more about: Muscles and Skeleton
Mentioned in this article: Gage Crump, PhD 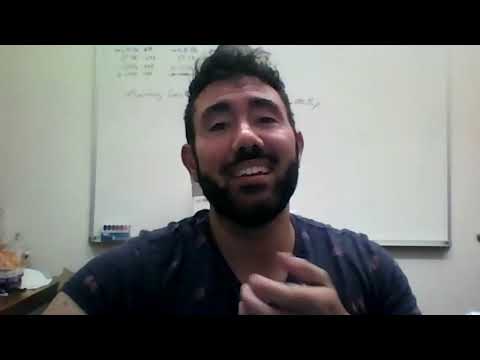 Learn About Our Research